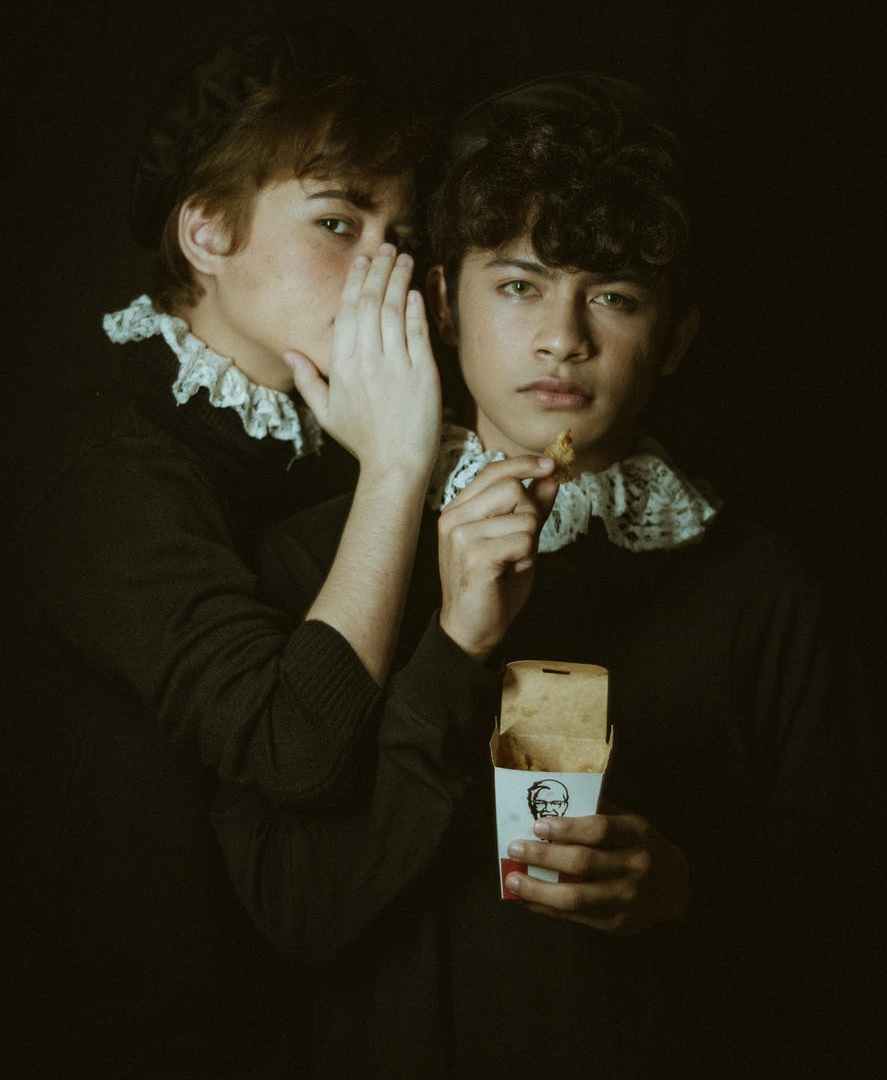 I would have taken her hand and walked through wildfires.

I would have been the one to know her inside-out, all the pain

That they injected into her body, assembling across the heart

Towards the electricity in her fingertips.

I thought she was too young to feel this shade of life, her skin thickened

Before her time, glued to mine, I melted away, the weight

That she carried within herself, waiting for cuts to release her.

I would have stood by her side, facing the grotesque grimaces

Alongside her, whispering that she looked ugly naked, that she

Was easy and cheap, that she would fail school, that she had no

Too strange to handle.

They never knew what this girl had to endure,

What she survived every single day,

How her life was threatened when she walked home,

What her father said about her, to her, that she was a little whore,

That he was disgusted by her appetite, that she would always

Remain alone, that she looked atrocious, that she would end up as a nobody.

They had no fucking idea that she rebuilt herself everyday,

Nobody knew how much energy and power that took.

How strong she really was. Beneath the tears that ran down

Her cheeks, the masquerade falling apart, the fairy tales she tried out.

The courage it took to put on her shoes, stay in her skin and live.

They talked and butchered with their words never asking

What was wrong with her, why she locked herself in bathroom stalls,

Why she couldn’t look them in the eye, why she stuttered and

Hid who she really was.

They lived in their perfect little bubbles, judging everything

According to their high horses, bullying a girl whose sexuality

Had not awakened by itself,

A girl with hands on her body,

A girl whose fingers were misdirected,

Over adult flesh, against adult cheeks and lips and open mouths,

The tongue, the poison pouring out

Inside her and she would still hold on to love as much as she could.

Protecting herself on those toilet seats, in isolation, trying not to

Disintegrate, and she did her best not to drown in self-pity and despite

They’d peck at her, day and night, she was surrounded by her

Demons and I let her go too,

I gave in to the unwholesome circus and pretended that my

Life was perfect too,

That I was ready to do bad things, that I had no ideals,

That I had nothing to lose, that I, too, was made out of plastic.

And I left her there alone, ashamed of her,

Playing a role and shoving the truth that was her, aside, not realising

Because we always have been one and the same.