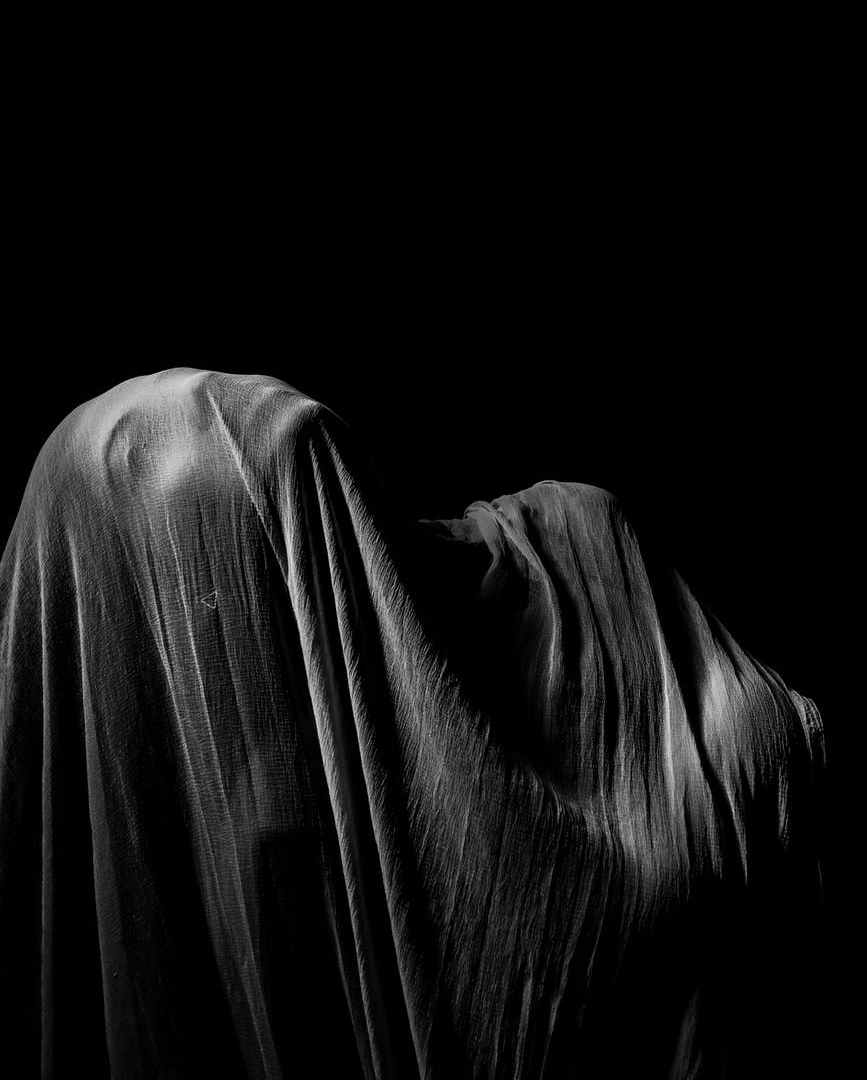 I united all these women in my body.

I heard them screech and then gargle

With laughter. I’ve felt them burn and

Reintegrate. I’ve consoled them on their

Knees and neutralised their obsession

With perfection. Her scent had no brand,

She bought their attention, devoured her own costume.

She’d look in the mirror and call my name,

Because the frame was made of pointing

Fingers and lecherous mouths. The oracle

Pecking at her, tongues on her temples, teeth

On her eyelids, calling for help, blind, deaf and dumb.

The credits roll down her eyes and she reads

His insults again and again, his voice twitching

Against the skin on her neck. His crafty hands on her breasts

And she sinks into herself. Thinking that she’s made of stone

And he’ll never know. She will harden for herself.

Her breathing cracks her ribs, her silhouette, the colours of her,

And she forgets how to move, she does her best not to take him all in.

She says what happens between them, but the sentences

Have been normalised that it doesn’t hurt listeners

Anymore. And she, herself, against her better judgement, starts

To believe in the harmlessness and casualness of his gestures.

Something inside of her is shaking boisterously but she

Continues to smile without a reason, without truthfulness.

I look back at her, this girl in the past, the insecure

The greatest passions, within and without herself.

She’s barely made it out alive. Ghosts are shackled to her sex

And imagination, haunting her skin, toying with her,

Whispering godless vocabulary into her ears and injecting

Her with fears and doubts and everlasting imagery.

And I swarm around these women without coming up

For air, goldfishes in dreadfully obscene, telepathic and

Daughters, the wailing never ends, the backside known by heart,

The swollen lips, the muscle memory of the cheek, the withered

Composure of the face, I scream at them, I want to love them so badly,

But they are caught within a net of disparagement they can’t get out of.