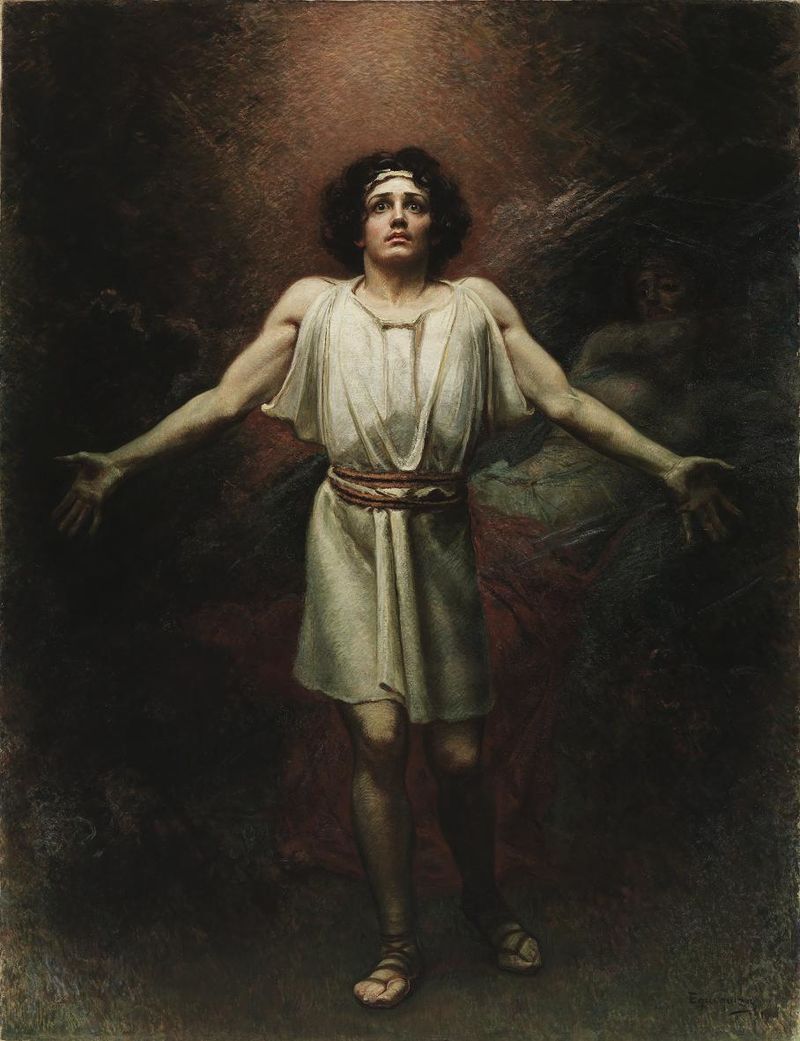 I studied this man’s face in silent reverence.

I dared him not to move.

The lassitude of crime holding on to his pores.

Crowns blinking from the cigarette gulp.

I have observed this face through glass as thick as a treetrunk.

The lap a bonfire, an abyss, a mountain slithering.

The hands crawling through marshlands of murder.

The tongue is a snail.

I can barely make it to the eyes.

As threatening as the sun may be.

As long as he looks at me.

The hair has long voyaged away with the yellow winds.

The ears attentive to steps, the ones I take in silence.

The eyelids shuddering with memories, all blue.

And guilt. Always coming back after the haze.

The head of a turtle, the feelers of a snail.

Ashes and earth, tobacco on the tongue.

Guilt lights his body up from the inside, the core.

And the man buries himself on a daily basis, the ruins.

Staring so that nobody may talk.

Listening so that nobody may walk.

Creating silence in a pit full of howling agony.

Metamorphosing the guilt in his stomach to unachieved innocence.