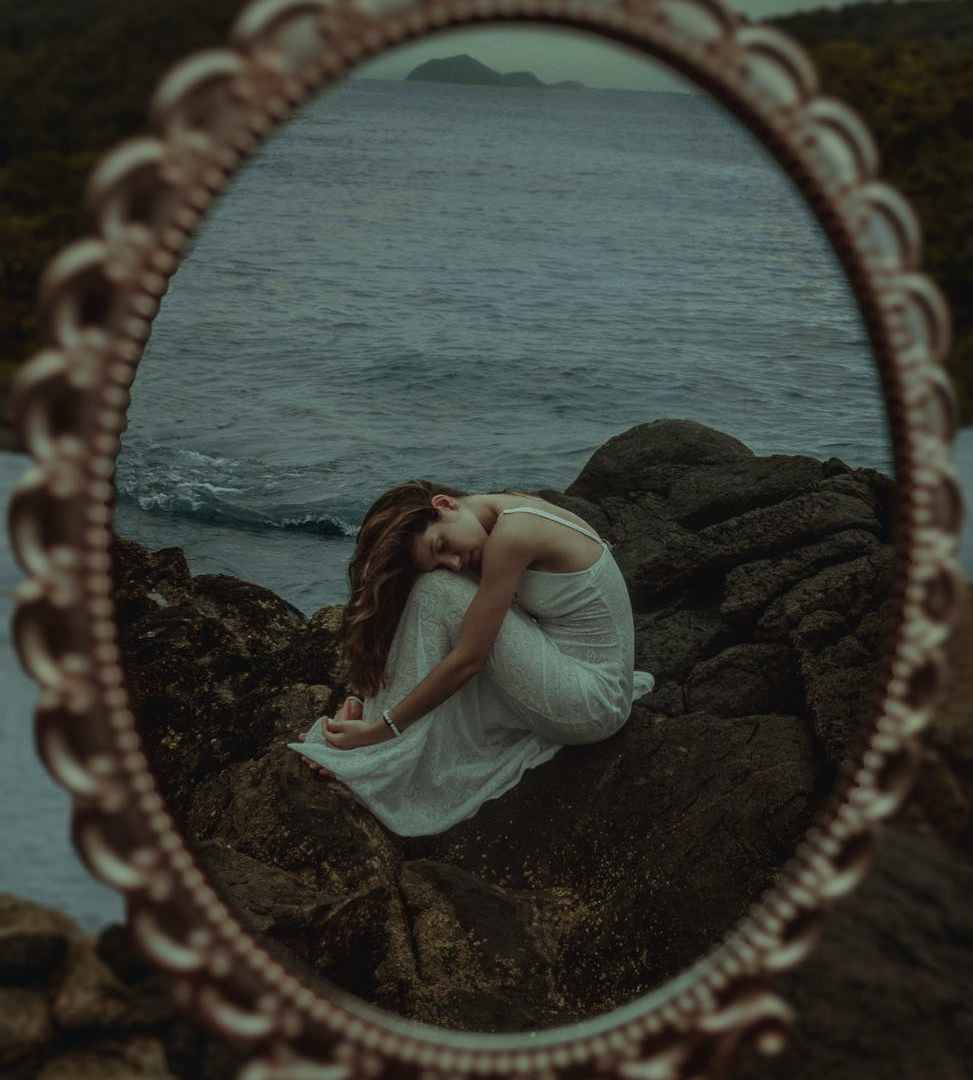 Apate is a thunderstorm.

Her audience wide-eyed and silent.

Nemesis is an unseen accessory.

The audience adore the simplicity and obviousness.

Nemesis connects to what lingers deep inside and holds on to it.

To the vulnerabilities that are not revealed.

She is a master of projections.

Apate drags her on, Nemesis is a crutch for bad times.

The good times cost so much.

Nemesis keeps her head above water.

Trying to withstand the imperfect love.

Nemesis holds on to the occasional rise of a small flame.

There is no room for Nemesis to unfold.

Apate takes up all the space.

She is a spectacle that makes people blind.

Nemesis is envious because it is effortless.

She knows it is not real.

She strives to sell the same image.

A duplicate that no one wants to see.

Nemesis is crushed by the holding of the mirror that reflects Apate’s enamoured image.

Nemesis is distorted as her friend has no empathy in her heart.

Her soul shredded, she has no ground to stand on.

Falling off a cliff whilst Apate showcases herself.

Nemesis craves a friend that does not erase her identity to shine.

Nemesis initiates the amputation to survive.

To regain her self-esteem and pick up the shards of her personality.

She cannot sleep in the middle of a stampede.

Nemesis stands tall in front of her own mirror and knows she needs no applause.