“According to Greek mythology, humans were originally created with four arms, four legs and a head with two faces. Fearing their power, Zeus split them into two separate parts, condemning them to spend their lives in search of their other halves.”-Plato (The Symposium)

The human condition is initiated by a split, ending in the male body with an extension of flesh and the female body with the bleeding wound. Created counterpoles orbitting the world reflecting their original state, seeking what they are lacking and thus the inferiority complex has been awakened that one is not enough.

The challenge is to refind oneself, one’s confidence, self-esteem and identity, turning the lack into a gain over time, effort and introspective. In the 21st century the human body and mind are attached to so many outer sources, more deadening than providing, instead of being self-sufficient and inward-gazing.

From the beginning, the female reproductive form has been a wounded one, vulnerable, exposed and hidden at the same time. One could say, the female form is acted upon, penetrated by the male form, but why are women raised to endure, adjust and comply when they themselves are so full of agency and determination? Just because the female form is not as blatant and outward as the male one does not mean that it is passive, powerless and submissive. The very opposite is the case: it cradles, cultivates and gives life. 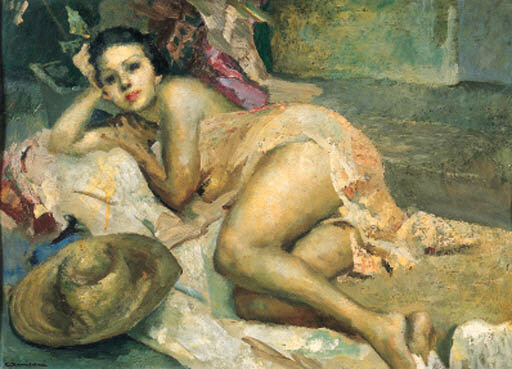 Is the other half a separate person or are both halves within oneself? Either way, it is a process, a constant self-amelioration and self-discovery, shedding one’s skin across every year of one’s life, all the different personas, not standing still, but progressing limitlessly until one comes closest to completion.

“Evil is the vulgar lover who loves the body rather than the soul, inasmuch as he is not even stable, because he loves a thing which is in itself unstable, and therefore when the bloom of youth which he was desiring is over, he takes wing and flies away, in spite of all his words and promises; whereas the love of the noble disposition is life-long, for it becomes one with the everlasting.” -Plato (The Symposium)

It is time to regain, redistribute and maintain human energy because it is so powerful, regenerative and creative in its affirmation of life. Energy is the heightened sense that one is indeed alive, being aware of oneself and being able to feel one’s own body and mind acutely, unshackled from numbing objects and vampiric still lives.

To reach self-love, especially as a wounded body, is the most liberating and fear-defying pursuit there is. Recuperated from continuous outer diminuation and disapproval, deformation and rejection, inherited trauma and violence, it takes stamina to look into the eyes of one’s mirror-image and smile in unison, the sanctuary of imperfection and fallibility, the human condition.

The body is the contributing vessel and temporary bearer of immortal signature-energy and if one gives this life force away to ephemeral and destructive parties, emptiness will prevail and no traces will be left of one’s identity. Pursue who you were meant to be, it’s all in there, in yourself, all of you, continuously gathering, ever-changing, self-reflective, go back to yourself and see who you are and take a step forward. If you are tuned in to yourself you have everything you need to feel complete.